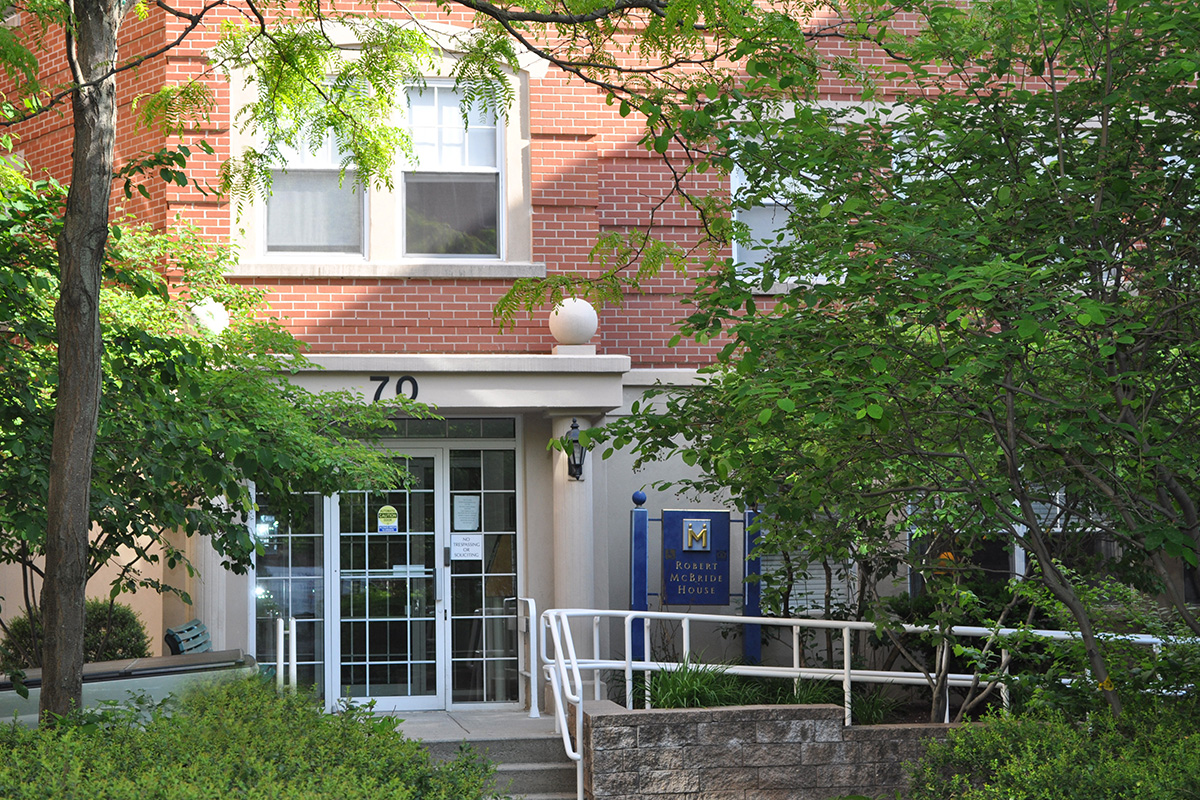 In 2012, the property manager planned to replace the original atmospheric heating and domestic hot water (DHW) boilers and enrolled McBride House in Massachusetts’ low-income utility efficiency program to access funding assistance. Concurrently, the manager contracted with NEI to partner with the utility contractor in order to maximize the efficiency of the new mechanical equipment.

The utility contractor recommended replacement of the heating boiler and direct-fired DHW boiler with one Lochinvar high-efficiency natural gas condensing boiler and an indirect storage tank. Rather than a typical indirect DHW system NEI suggested installing a Turbomax indirect water heater to improve overall performance. The Turbomax is capable of quickly and efficiently heating DHW with a low boiler water temperature, which results in reduced heat loss from the piping and storage tank and leverages the higher-combustion efficiency when the Lochinvar boiler is in condensing mode.

NEI monitored the building’s natural gas usage for several months after the equipment upgrade and found that consumption did not decrease as expected; use dropped by only 6.8 percent. This result prompted NEI to develop and customize a monitoring system to diagnose the problem and recommend a solution.
Tailored to the McBride House, NEI deployed temperature sensors and data loggers at critical points on the heating and DHW equipment. Analysis of just two weeks of this more granular performance data indicated that the Turbomax was making frequent calls for 175°F water from the Lochinvar boiler – a temperature far higher than the Turbomax required. Additionally, when a call for DHW was made, the Lochinvar boiler fired at 100 percent output rather than modulating to match demand. This response caused the boiler to short-cycle and produce more heat than the DHW could absorb. Lastly, the Lochinvar boiler was set to generate 180°F water for space heating, but the distribution system required only 140°F water. Under these conditions the equipment was not operating in high-efficiency condensing mode and the unwanted, excessively hot water circulating through the building resulted in an overheated and uncomfortable living space.

NEI shared its analysis with the property manager and the utility contractor who installed the heating and DHW systems. The heating boiler and Turbomax set points and firing rates were lowered to NEI’s recommendations, and the building’s gas performance improved dramatically – nearly tripling the gas savings resulting from the equipment upgrade. After optimization, gas usage decreased an additional 18.8 percent – a total of 25.6 percent savings compared to pre-upgrade consumption. The upgrade and optimization save the owner $2,749 in avoided annual operating expenses and provide the tenants a more comfortable living space.