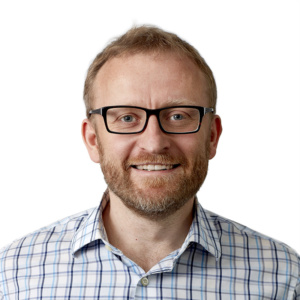 Maciej joined New Ecology in 2013. He is an experienced project manager focused on achieving highest levels of sustainability in the built environment. Maciej has extensive experience with private and public sectors working with multiple engineering and architectural firms, contractors, and city, state, and federal agencies to navigate the construction process. His work has contributed to the improved performance of existing buildings and in setting the highest energy performance standards for new construction. During his work for the Energy Efficiency and Sustainable Buildings Group for the Commonwealth of Massachusetts, Maciej managed energy efficiency projects up to $25 million in value with demonstrated energy savings exceeding $2.5 million annually. During his tenure with the Commonwealth, Maciej was involved in implementing renewable and alternative energy technologies such as solar PV, solar thermal, wind, biomass, geothermal, and combined heat and power (CHP) systems. While managing the sustainability office for the City of Newton, Maciej was directly responsible for the planning, development, and implementation of capital and energy efficiency projects. Maciej’s responsibilities also included energy management and procurement including RECs offsets. Other accomplishments include planning and implementation of LED streetlight replacement pilot project and securing a $250,000 Commonwealth of Massachusetts grant to complete a city wide installation. Energy efficiency project at the Newton Free Library resulted in demand reduction of 60% during peak months and consumption reduction of 35% annually. Maciej has a degree in Chemistry (Physics minor) from Colorado College and a Masters in Landscape Architecture from University of Massachusetts, Amherst.