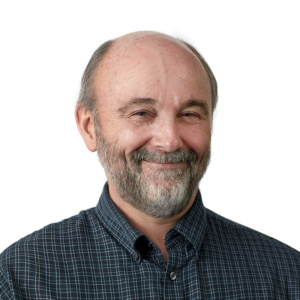 Mr. Connelly is a leading practitioner of sustainable development and a social entrepreneur. He has over twenty years of experience managing social enterprises and large government organizations, always with an eye toward integrating environmental stewardship with community and economic development.

A long-time Massachusetts resident, Mr. Connelly joined New Ecology as its second president in June 2004. Since that time, NEI has become recognized as a national leader in community-based sustainable development, most notably in the movement to green affordable housing and community developments, and has become especially well-known for its efforts to use data to inform sustainable development decision-making. Mr. Connelly is currently leading NEI’s efforts to disseminate green building and energy conservation strategies faster and farther by developing web-based applications to track energy use and assemble and vet winning green building strategies.

Prior to joining New Ecology, Mr. Connelly founded CleanScape, an award-winning, triple-bottom-line, urban revitalization enterprise in Providence, RI. CleanScape is one of a handful of successful companies that pioneered the concept of green jobs as a way to bring economic stability to under-employed urban residents. He started the company in 1997 and served as President through 2004 and Board Chairman through 2007.

From 1990 to 1997 Mr. Connelly held senior management positions at the Rhode Island Resource Recovery Corporation, a quasi-public solid waste management corporation that operated the largest landfill and municipal recycling processing facility in New England. His accomplishments included developing models of collecting and processing household recyclables that became national models because of their efficiency and cost-effectiveness, and helping to turn a financially weak entity into a profitable, well-run model of a quasi-public corporation. He twice served as acting Executive Director.

Mr. Connelly served as the Assistant Town Administrator for Sharon, Massachusetts from 1987 to 1989. He has continued his service to the Town by serving on the Personnel Board and an advisory committee on Water Meter upgrades, and recently helped found an Energy Advisory Committee.
Since 2003, Mr. Connelly has served on the Board of Directors of MassEnergy/People’s Power and Light.
Mr. Connelly holds a bachelor’s degree from the University of Chicago and a JD from Boston College Law School.